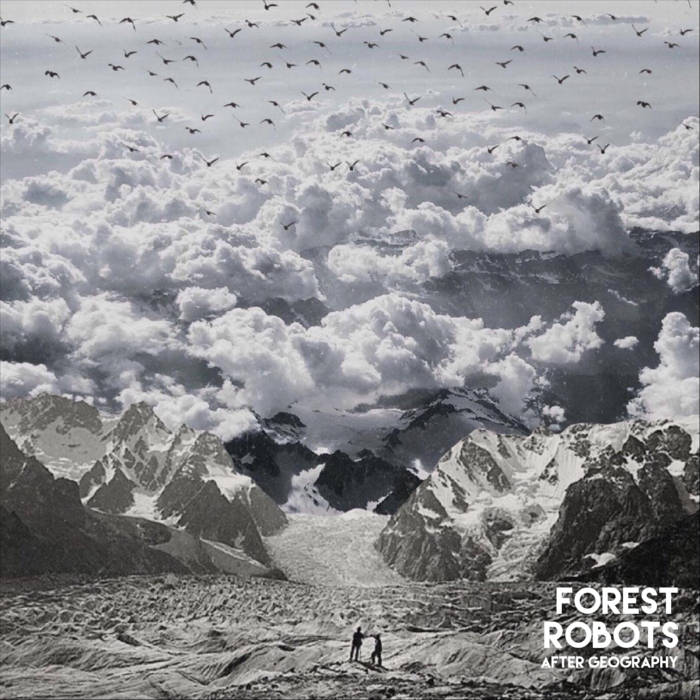 Justin Norman An innovative, beautiful, and highly distinct ambient album. Much as I love drones, this album goes much further, and in doing so sets itself apart from the ever-growing mass of music in this genre: it's filled with dynamic yet gentle plucked rhythms gently weaving their way through textural streams. The instrumentation is varied and the rhythms are unexpected, yet the whole album is consistent — clearly the product of a very focused vision. It rewards both attention and background listening. Favorite track: Awash In Granite Geometry.

Steve Hadfield Ultra-delicate piano-led ambience. Spacious in concept and execution with every note given room to breathe.

the listener with the brilliant music taste

Emmasierra Songs presents "After Geography", the fourth full-length album by Fran Dominguez and Forest Robots. It is a collection of ten sparse, minimal, piano-based works touching on Classical, Ambient, Jazz, Drone and Music Concrète and reminiscent of music from Harold Budd, Erik Satie, and Nils Frahm.

“In 1966, during the final days of recording what would be their seminal album, "Revolver", The Beatles had yet to come up with an album title. Also at the time, the band had what many considered to be a friendly rivalry with The Rolling Stones. Earlier that year, The Stones had released an album titled, "Aftermath", and while working on titles for their own upcoming, yet untitled work, Ringo Starr suggested the title "After Geography". It was a suggestion meant to be a joke at the expense of The Stones. But ultimately, the idea was discarded.
​
​When I first read the story, I was amused but also, as someone who has gone on many cross country explorations, I was struck by the unexpected, deep poignancy of the phrase when taken out of its original context.
​
​Before a hiking trip, any mountaineer worth their weight will put in the time to research traveling routes, gear to bring, food to pack, weather patterns to watch out for and best times to travel. However, there comes a point during a climb when all of this preparation will be inconsequential if your focus isn't there. If you carry even an ounce of hesitation, the biggest challenge will be between yourself and your insecurities. I feel "After Geography" is a great phrase to describe those moments-when an unexpected variable arises and regardless of your preparation, your intuition is seriously tested.
​
For the last few months, I have been reminded of such situations and this past May, I decided to document these experiences. Currently, there is so much information and disinformation about our current pandemic, social unrest and injustices that at the end of the day, you have only your intuition to guide you in making the right choices. I feel this current state of the world is very much on par with those life altering moments in the outdoors.

It is my intention with this album to provide a safe space for listeners to nurture their intuition and help them create the best approach to this crisis.” - Fran.

"After Geography is consistently smooth, well-engineered, and flawlessly performed. Each note is given its own space and invites you to savor each individual tone. Hauntingly lovely, these compositions are just right for our troubled times...this may just be Fran Dominguez’ in his finest hour." - Jamsphere Magazine

"A mostly peaceable geography, Dominguez’s latest impressive suite offers the safety of a timeless rugged pristine panorama. A breath of fresh air; a sonic plain on which to gain some perspective, that intuitive methodology proves highly successful on a most pleasing, imaginative ambient experience." - Monolith Cocktail

"Another scintillating collection of nature-inspired instrumentals that capture composer Fran Dominguez’ art at its most nuanced and subtle. With a unique talent for portraying panoramic landscapes in tonal form, he takes the listener on another sonic adventure that captures the thrill of travelling and surveying the many natural wonders of the world." - Faulkner Review

All composition, production, and design by Fran Dominguez.

Forest Robots is a love letter to my daughter about the wonders of nature-a collection of photos & music written to accompany them. This is a glimpse to the music side of it.

Bandcamp Daily  your guide to the world of Bandcamp

Featuring appearances from Kari Faux, Bluestaeb and and interview with NY-bred artist Wiki